I feel incredibly privileged and lucky to do what I do. My motivation is very simple: I want to make great films about great stories with great people.

My photography/cinematography has been Emmy-nominated (Sam Brown’s Asia) and I’ve won or had work nominated to BAFTA (Britain’s Forgotten Slave Owners with David Olusoga), RTS and The Guild of Television Cameramen (Indian Hill Railways).

I’ve filmed in most genres but mainly work within documentary.  Recently credits include Jack Whitehall’s Travel with My Father comedy series 1 and 2 for Netflix shot in 4K; immersive social history series Back In Time for Tea on BBC Two and Return to Death Row with Trevor McDonald on ITV.

I embrace and enjoy filming in all situations, from presenter-led projects (Piers Morgan Killer Women and Serial Killer for ITV) or celebrity authored documentaries (Not So Secret Life of the Manic Depressive with Stephen Fry; Slow Train Through Africa with Griff Rhys Jones and Russell Brand: From Addiction to Recovery) to instinctive, unobtrusive observational camera work (Edge of the City and Weight Loss Ward) and comedy (Last Leg Down Under for Channel 4) but am equally happy leading shooting on large fully-crewed productions and location interview lighting (The Great War – An Elegy with Simon Armitage and Imagine).

I love outdoor/adventure and travel filming for the professional challenge and the personal experiences it brings, from filming a bear release in Northern California, climbing an active volcano near Sicily, to abseiling down a 1000ft cliff to a tomb in Peru with an archaeologist presenter (Lost Kingdoms of South America).

For the last twenty years I’ve worked in the broadcast industry, collaborating with inspiring people. My most humbling experiences are often with the contributors whose stories and experience take my breath away.  I think its important not to get jaded and still be astonished by the world – no matter how many times you’ve flown around it.

My CV is on this site, if you want to know more about individual projects I’ve worked on, please don’t hesitate to get in touch.  In my experience, the earlier we get talking, the greater the creative dividends when we get shooting.  As an owner operator I can supply a comprehensive range of cameras, lenses, lighting and grip equipment. 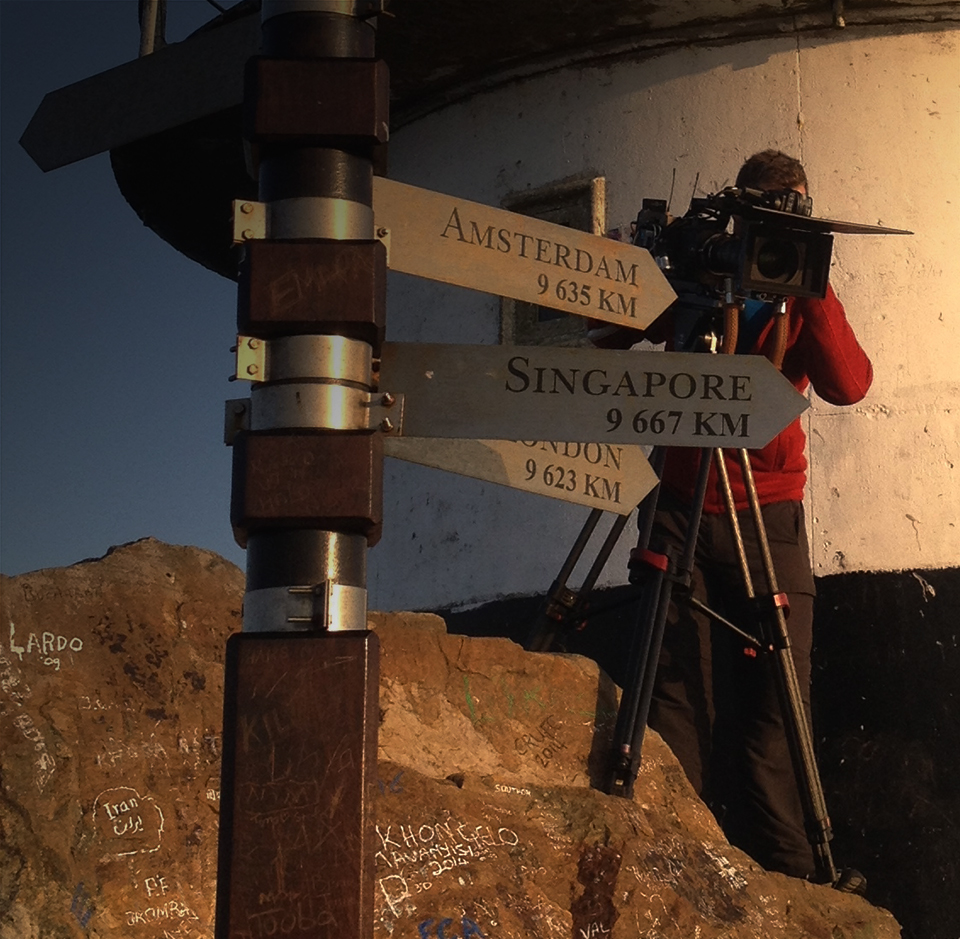